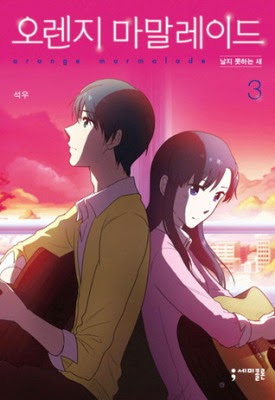 “We have feelings too, believe it or not.
Just like you people, we also fall in love and get hurt.”

This will be my first webtoon review! I just got into webtoons last year and at first I was not used to its reading format since I’m more of a manga fan. Webtoon is basically manhwa style webcomic and the first webtoon that I’ve read was Cheese in the Trap but the one that got me really obsessed was Noblesse. Both series are still ongoing. I found CitT boring in the first few chapters but when I got back to it after Noblesse went on a break, I fell in love with it too.

Anyway, I just finished this series an hour ago and I’m writing this while everything is still quite fresh in my mind.

The protagonist in this story is Baek Ma Ri, a teenage vampire trying to live a normal student life. The story is set in the modern world but it is a world where vampires are known to co-exist with humans. They’re known to no longer drink human blood but still people are afraid of them and think of them as monsters. If the humans feel uncomfortable with vampires in their community, they can easily report and have them banished from the place. The vampires in this world are treated like an oppressed race. So most vampires keep their identity a secret and Ma Ri is also the same. 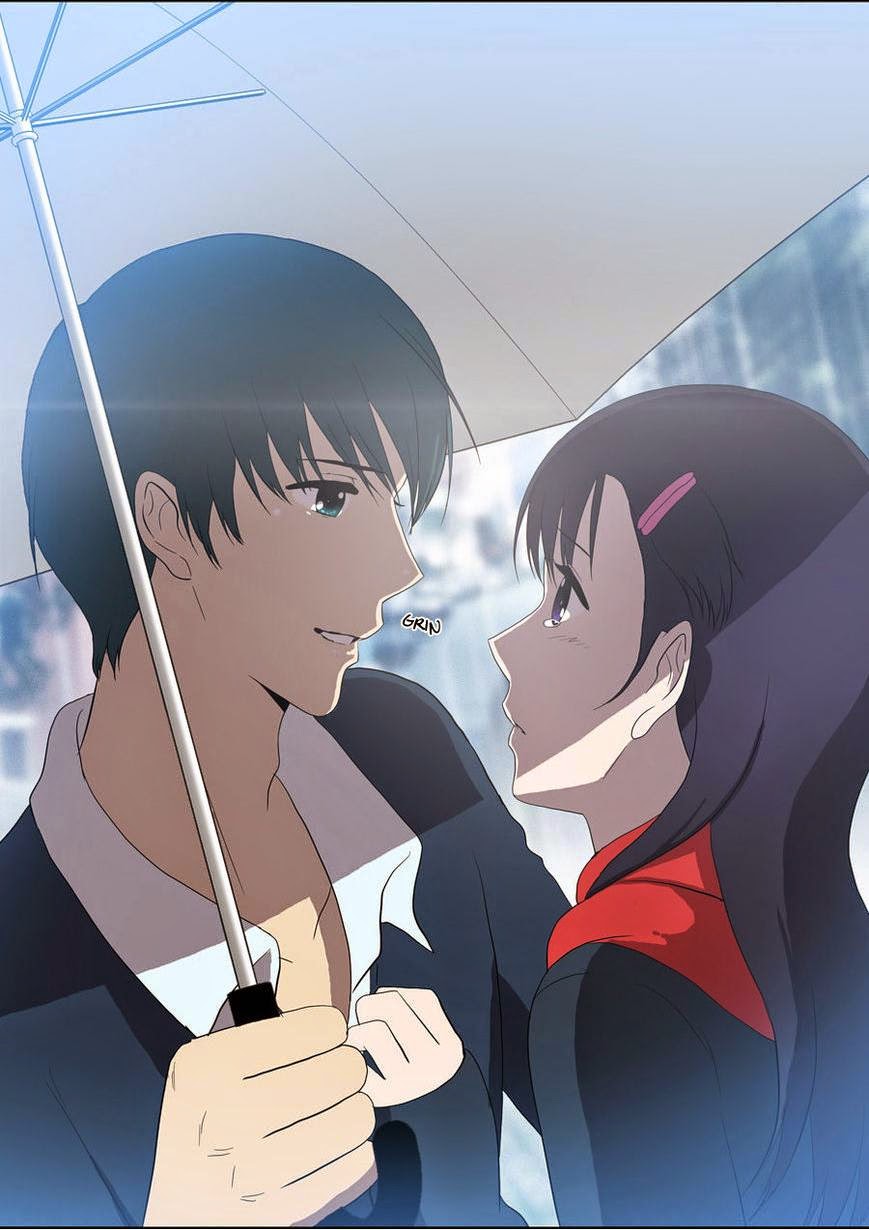 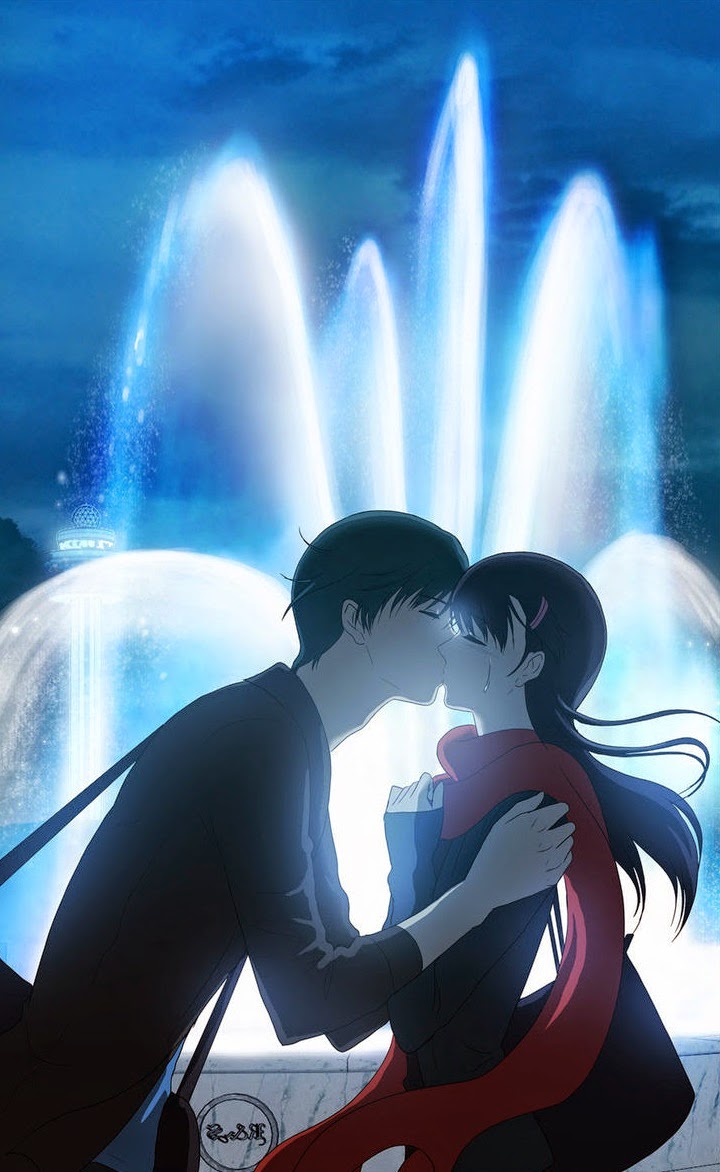 Unfortunately, she had an unprecedented encounter with the most popular guy in school - Jung Jae Min - and that’s when her life gets even more complicated. It is a romance story through and through but this one had the male lead falling in love first.

The art is beautiful and I appreciate that most webtoons are in color so it’s like watching/reading anime. If we used the Japanese manga classification, this is a shoujo manga complete with bishoujos and bishounens. The color definitely adds impact and it makes the scene more alive. The author sometimes also use chibi (small) versions of the characters and they are absolutely cute too. 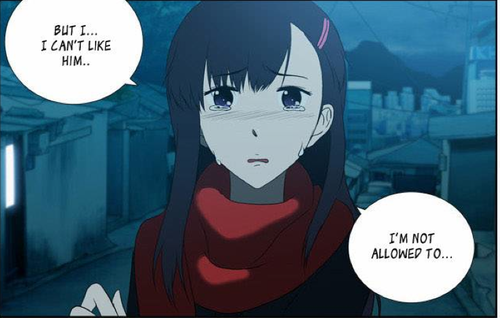 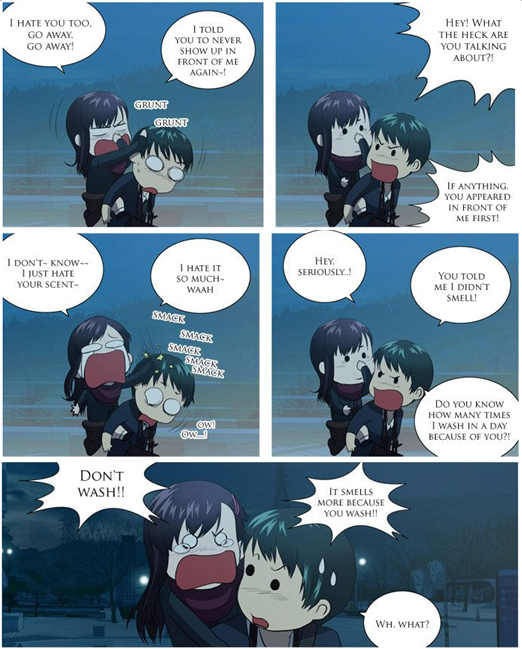 The story isn’t overly complicated. The premise is intriguing but the storytelling is quite simple in its execution. There are some predictable tropes and overly used scenarios. It comes across as shallow sometimes. The main characters’ pasts were discussed but it felt lacking somehow. The last few chapters felt rushed. It turned dark one chapter and then turned fluffy the next. The ending was a bit vague and it left quite a number of questions but it ended on a good and happy note. I would consider it perfect though if it ended like that because a sequel is in the works. 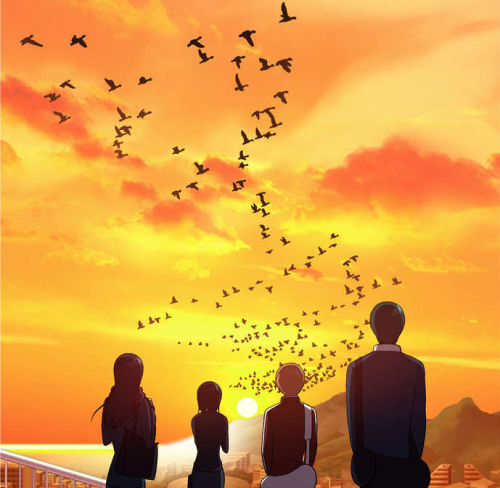 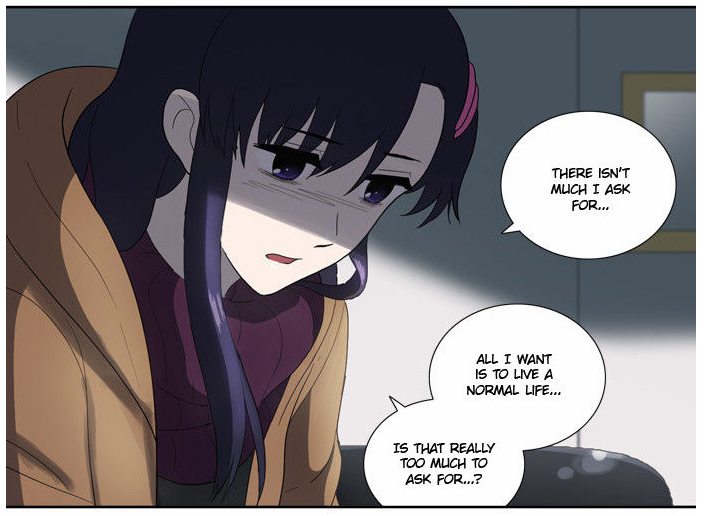 I like it. Although Jae Min made me uncomfortable at times, it was a cute and romantic read that also gives a small pinch to the heart. 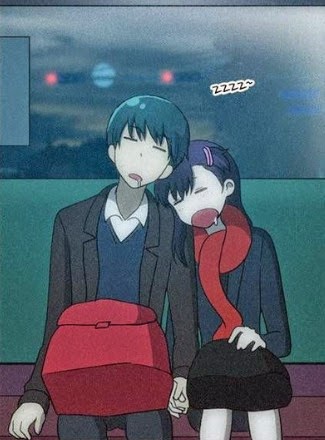 PS. Apparently, there will be a drama adaptation of this webtoon.
PS2. This is one of my favorite lines. 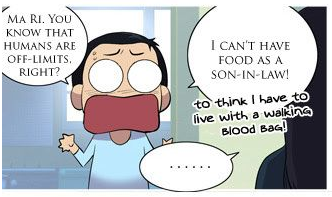 FOOD as son in law! Hahahaha.

*Pics screengrabbed from the scanlated version