So, yesterday I stumbled upon this post on tumblr: 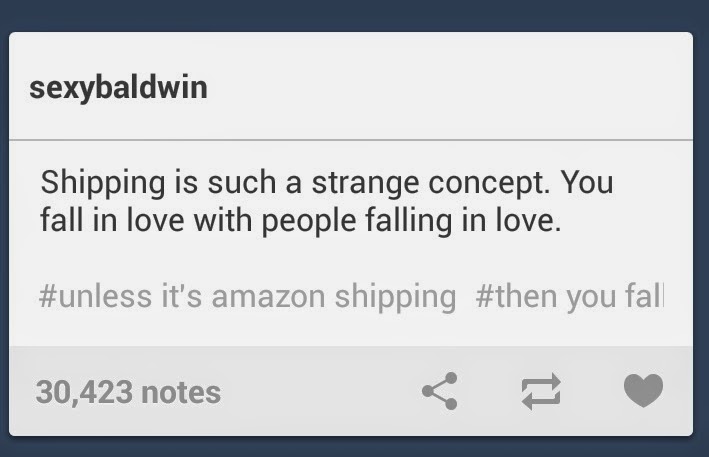 Obviously, we're not talking about the process of transporting goods here (though the poster tagged that joke above.) To those not familiar, shipping is also a term used in fandoms and it came from the word relationship (or worship). Wikipedia describes it as "the belief of two people, usually fictional, to be in a romantic relationship. It is considered a general term for fans' emotional involvement with the ongoing development of romance in a work of fiction."

Long before I knew the term shipping, I was already doing this with characters from books, anime and TV shows. That's why I was so in love with the quote and it inspired me to create some photo edits using it.

I've downloaded a few pictures of couples over the internet and I started editing them and I made these initially: 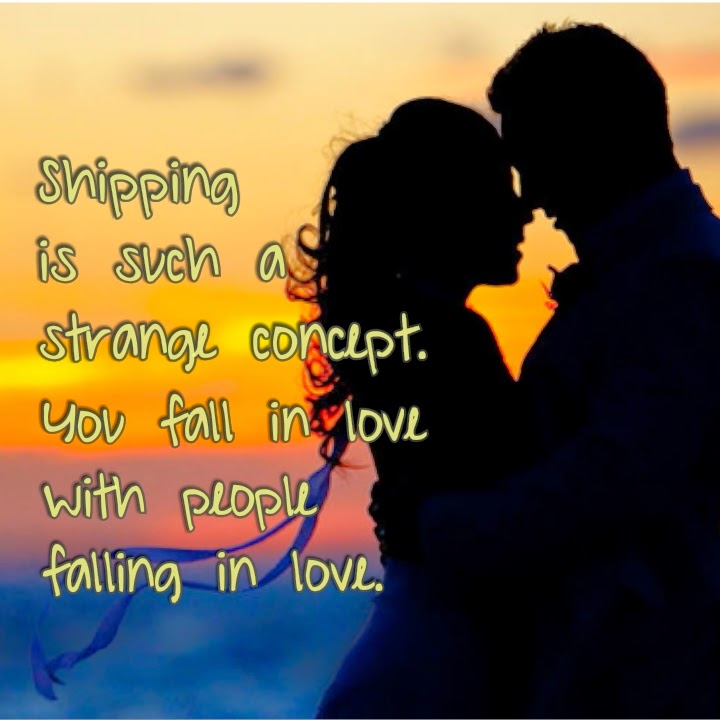 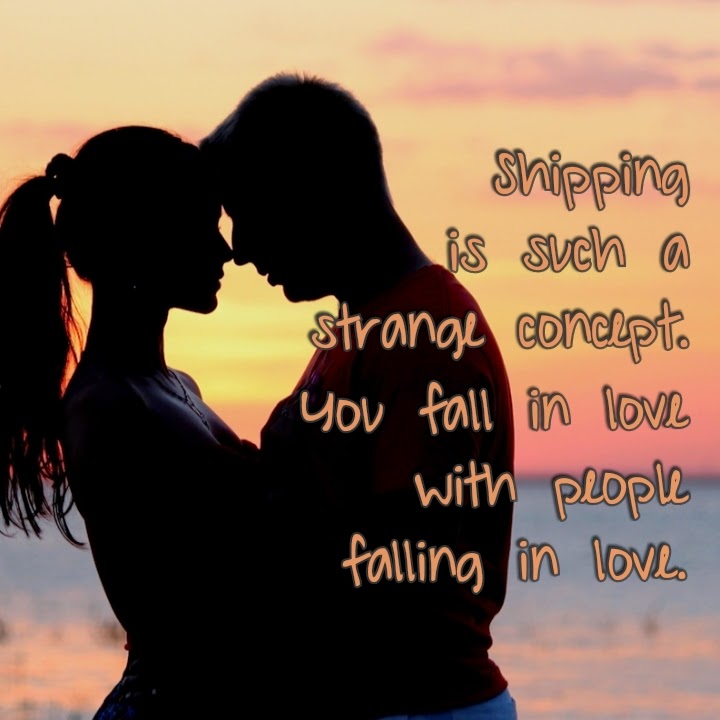 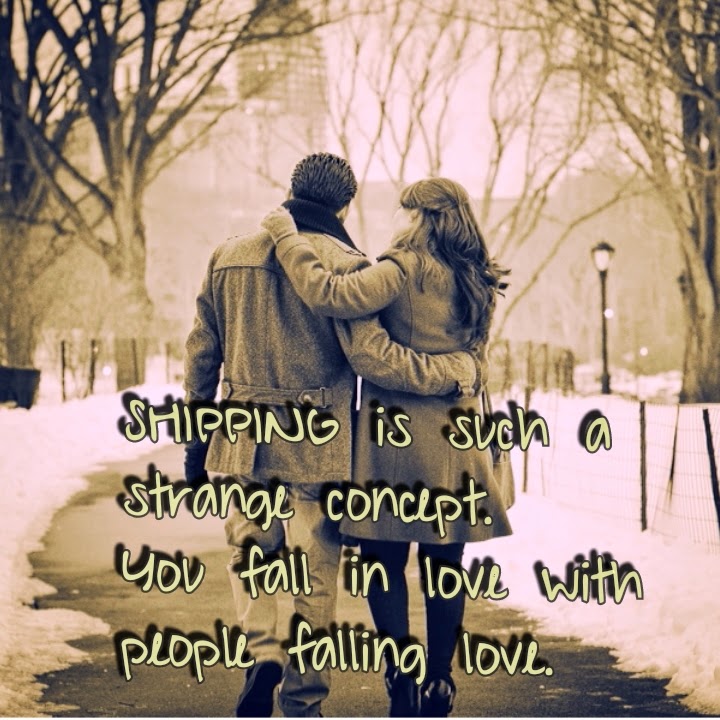 The problem is once I've made them, I don't know which one to pick and to post. I decided I needed help and asked my friends and my sister to vote which one they like. At first, they have different votes and I even made a collage of the pictures if that would make their choices easier. 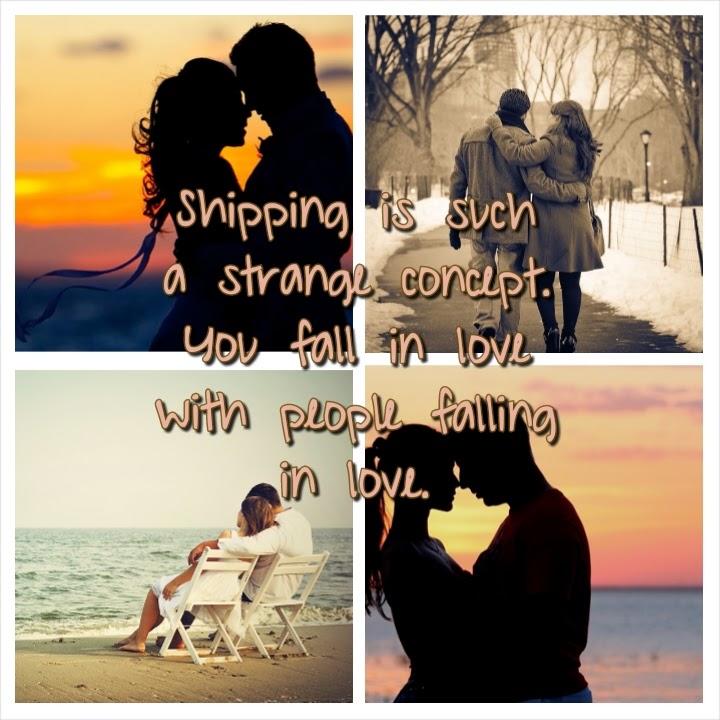 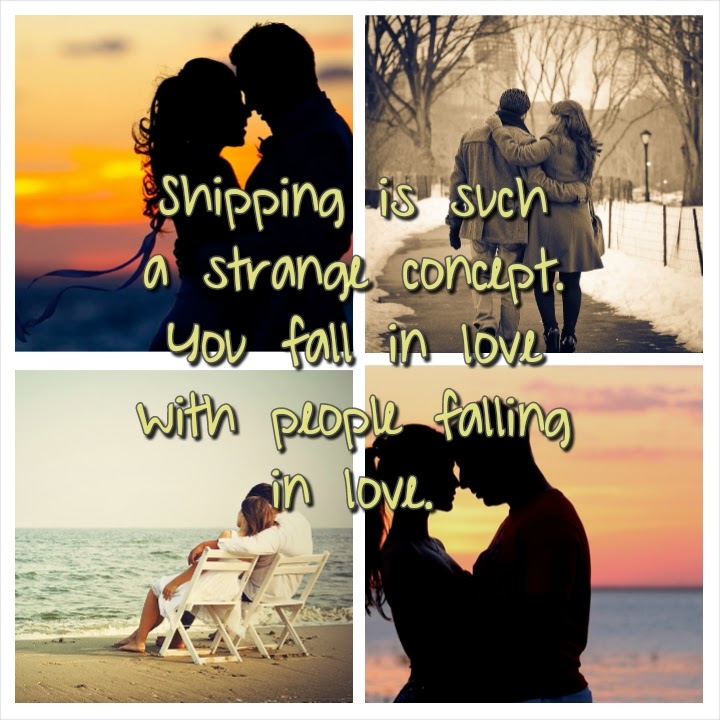 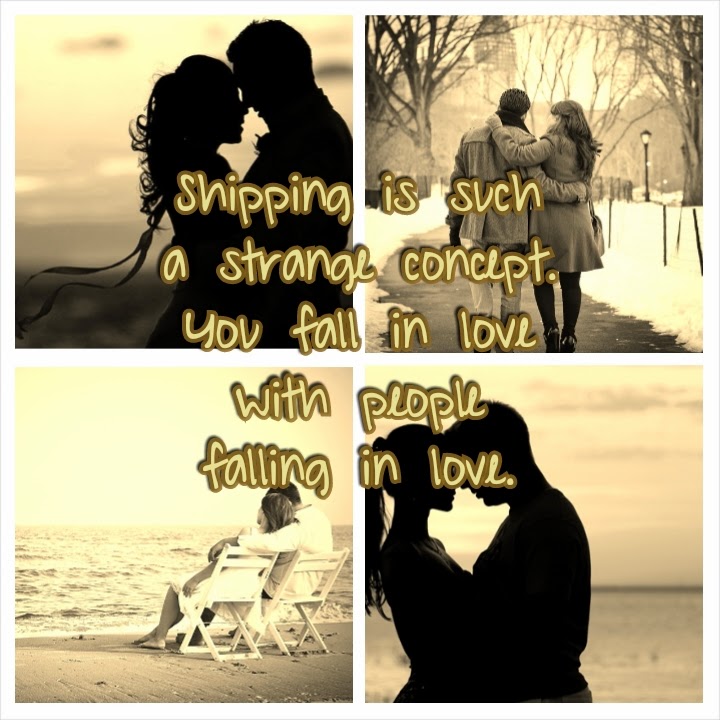 For the first 2 collages, the only difference is the font color while the 3rd one is in sepia tone. I kinda like it but since I like them all (again!), I asked my friends if they prefer the collage or the single pics only. Single pics won.

Final choices for the singles are #2 and #4. I decided to go with #2 because of what Rach said, that she likes the tone of #4 but didn't think it was lovey-dovey enough. And well, shipping is all about love.

So that's what I posted on tumblr and instagram together with below caption: