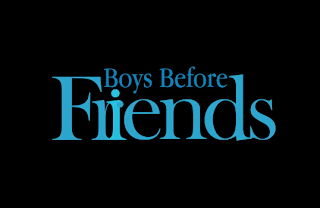 Obviously, this is a couple of weeks late. Honestly, I was having second thoughts whether to post a review or not but since I'm writing this now, we know which side won that internal argument.

I've mentioned before that I'm still curious about this series so I am still keeping up to date with the development. Another reason is, I'm the kind of Hana Yori Dango fan who like it so much that I've seen every adaptation there is of this manga. Yes, even the unlicensed Chinese version.

Now, we have the American version - Boys Before Friends. Production-wise, it is already different. This adaptation will not be backed up by any network. It will be shown online through Viki and their official website (and apparently, Youtube too).

In line with that, I know I will be expecting a different feel to it. I've seen a couple of webseries and they actually do feel different. I also know that since they don't have a huge budget, I shouldn't be expecting a lot. But, the people behind this project claim to be fans of the original work so I'm also hoping that they'll do everything they can to give justice since they are fans themselves. So, I dived in to the pilot episode with an open mind. 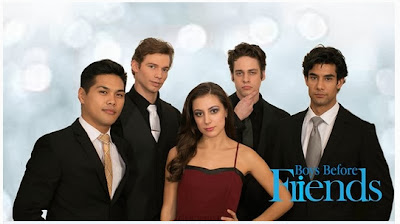 Below are my major comments (I think they are gripes, actually) of the episode. If any of the staff happen to stumble upon this, I hope they'll take this as constructive criticism.

We'll see if they will improve in the next episodes.

6 damn long years when even though the fans desperately crave for it and the creator and lead actress obviously want it to happen, despite all the talks and articles appearing on different websites, it felt like it was a long shot.

All those years waiting for the continuation of this beloved series, I've immersed myself in the world of fanfiction. There are a lot of talented writers in the VM world and there are also a lot of stories out there which I would like to think how the story would end. But of course, the thirst to see how Rob Thomas would really end this story is always there. Despite all the lovely fanfiction, that thirst never goes away.

That's why it still feels like a dream to know that we're really having a Veronica Mars movie. There a couple of times where I would visit certain websites who are featuring an article about it and I would see the comments of people saying stuff like, "what is this show? I haven't heard of this. Why are they making a movie out of a lowly rated TV series like this?"

That's okay. I get where they are coming from. But this is exactly what a cult TV show is like. Most of the time it is underrated but will have dedicated fans online. (Not to mention that it is actually a well written and smart show.) The Veronica Mars fandom has persisted and now we're having a movie made possible by fans for fans! (Plus books, don't forget the book series! Gah.)

I've been vocal in tumblr and twitter that I loathed the last video they released - the one depicting the "love triangle." Thankfully, this one is a whole lot better.


Some comments about the trailer:


Is it March yet?