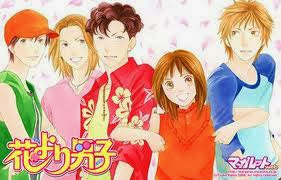 I know I wasn't able to talk about this before but yeah, there will be an American live action adaptation of the most famous shoujo manga, Hana Yori Dango. The announcement was first met with a lot of backlash and negative feedback. Fans of the original manga and of the other adaptations were skeptical about the project. People are asking how the makers can successfully translate this for the American audience given the difference in culture. The production has also experienced changes from the title (previously called Between Boys & Friends) to their actors (lead actress Riley Rae Baker left the production and was replaced by Claude Racine who was then replaced by Dawn Morrow).


Ellison University is a school that caters to the children from families who are rich, famous, high-society or all of the above. Every year, they hold auditions to accept students who are super talented in different areas and give them a full scholarship to attend the University.

Zoey, a dancer from a middle class family gets accepted. On her first day she discovers that things aren't as perfect as she thought they would be when she witnesses a string of extremely harsh bullying from the leaders of the school. Determined to stay out of the way and ignore the situation, she is forced to stand up to the bullies known as F4. After a series of events, she eventually earns their respect and the love of their leader, Liam.

Zoey: Zoey is the girl next door from a middle class family who has grown up wanting to be a dancer. She convinces her best friend Piper to move to Los Angeles together to pursue their dreams. She is down to earth, tough, and fights for the things she thinks are right.

Liam: Liam is a rich kid from Beverly Hills, CA. He has never had to do anything for himself and he is used to the fact that he can have anything and whoever he wants. He has a group of friends that he has grown up with that he cares for deeply and would do almost anything for.

The two main leads are played by these actors: 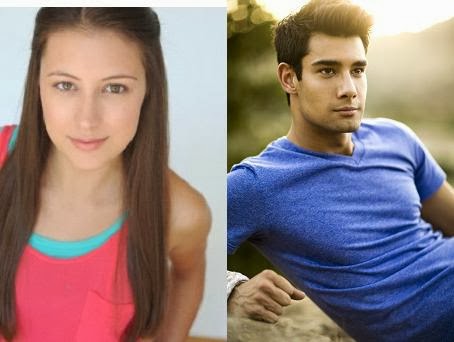 And here are the rest of the F4.

The first reaction was always, "they look so old!" Well, according to the producers, they are not portraying high school students. The story is set in a graduate school so it will make sense for them to look older. Also, you will see persons of color in the characters which also makes sense in their setting since America is diverse in race.

Earlier today, a short teaser was released via their official Facebook page.

Boys Before Friends will start airing online on Viki.com on December 18, 2013. According to their latest post on Tumblr, the premiere date is pushed back to December 26, 2013 due to some cast changes that require re-shootings. (edit: 19 Dec 2013)

Being a fan of the original manga and the various adaptations after that, I'm still so curious so I'm still following their progress and most likely will tune in when this airs.

I'm still not sold with the name though...

EDIT: 23 Dec 2013
A previous version of this entry listed Claude Racine as playing Zoey. She was now replaced by Dawn Morrow. The producers citing the reason as "the chemistry wasn't there for what we wanted to portrait between Zoey and Liam." However, since the production is on a deadline, they were not able to re-shoot episode 1 and the beginning of episode 2 with the new actress. So, it will still be Claude Racine on those scenes when the show premiere on December 25 at bbfseries.com. It will be shown on viki.com on December 26.

I must say, although I feel kinda bad for the last actress, I like the look of Dawn Morrow better than Claude Racine. Tsukushi Makino has always been a plain Jane (but that's not to say she's not pretty). She's tough yes but very innocent looking. Claude Racine looks way different from how you would envision Makino, what with her tattoos and all. Dawn Morrow suits the role better.