Last June, I posted this rumored casting for the Lupin III Live Action Film based on the report by Anime News Network.

But now the official casting has been revealed. 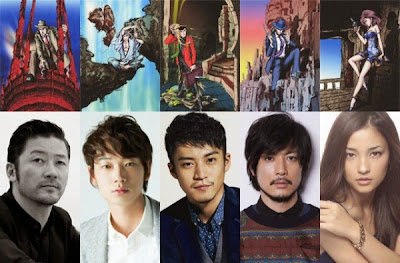 Unfortunately, Sakurai Sho and Tsumabuki Satoshi didn't make the cut. But what's more interesting is the locations for the production. It was reported that they will be filming in different countries across Asia aside from Japan including Thailand, Hong Kong, Singapore and the Philippines.

I'm hoping this will get release here in my country too like what happened for Rurouni Kenshin. Calling SM Cinema!!!