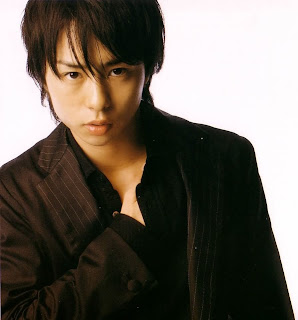 Well, not only Sho but Kitagawa Keiko is also in Singapore right now for the premiere of Nazotoki wa Dinner no Ato de (aka Nazodi). 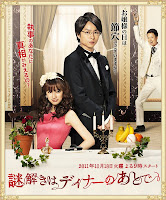 Lots of Arashi fans were waiting at the arrival lobby of Changi International Airport with their handycams, cellphones and banners/posters on hand to greet Sho. The plane reportedly arrived a couple of minutes before 5pm but it took more than an hour for Sho to show his face to the fans. (Got held up in the immigration perhaps? ☺) 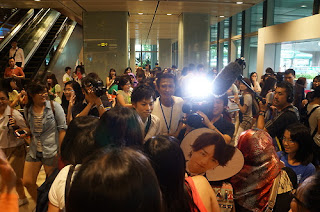 Anyway, when Sho came out, pandemonium ensued. Screams and lots of picture taking abound. Below are nicely captured fancams of Sho's arrival at the airport.

Fangirls, did you see that? He was smiling and waving! Sho looks so good and he looks happy. I know the jokes about Sho and fans and umbrellas are never ending in the fandom. It's also quite rare to see him entertain fans outside concert venues and the like, so this is a very welcome change. 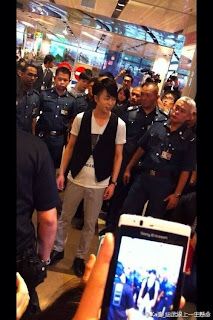 I'm so jealous of the Arashians in Singapore right now.


*Other pics from Google