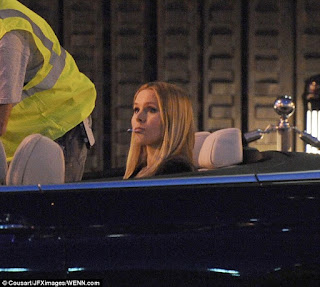 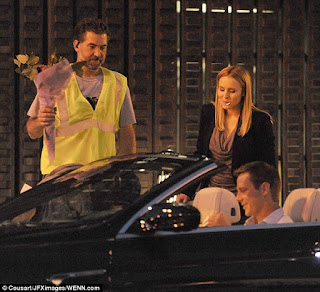 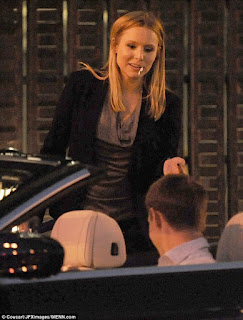 Yes, people it is actually happening.

Well, of course, I know it is happening. I was there donating some of my hard-earned bucks (which I have the total control of on where to spend, btw), I get email updates from Rob Thomas regarding production and casting news, and media around the world has been reporting about it.

But there's something about these visual proofs of them filming that feel absolutely gratifying. I spent years hoping and praying that Veronica Mars will come back - whether on the big screen, the TV (as a series again or TV special) or even as a book. When I first watched its last episode, I was totally heartbroken. That cannot be the ending. There's simply too many loose ends. And yes, what about my OTP? What about LoVe?

But now there's gonna be a Veronica Mars movie! Sometimes, I wake up and think that maybe this was just a dream but then I get on Twitter and read tweets about new casts or receive an email update from Rob Thomas. And to think this happened because thousands of fans rallied and supported the movie idea. I know the whole Kickstarter thing was heavily criticized but I don't care. To tell the truth, I wouldn't get any rewards for my contribution because my country is not included in the 21 countries where the rewards are applicable. But I don't feel bad about it. Sure, the rewards would make contributing a whole lot sweeter and honestly, I could've given a much higher amount just for the T-shirt, but that's okay. The joy I felt after contributing to the project and the promise of a wish fulfillment were more than enough compensation for me.

So, anyway, enjoy below some of the earliest on-set photos that were released. And tell me, did it make your day also to see Kristen Bell and Jason Dohring together again? Yes, I'm talking to you, die-hard LoVe fans. ♥ 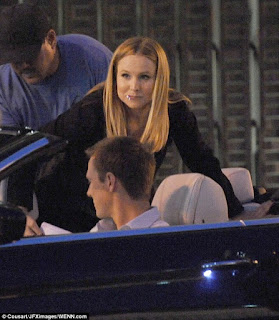 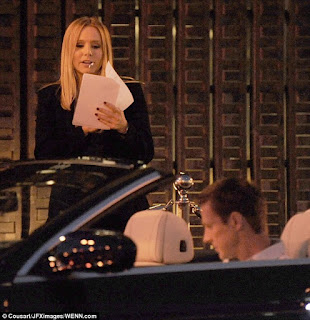 And here are some photos posted by Kristen Bell on her Twitter account. Look at her post-baby bod doing that hula hoop during a break. 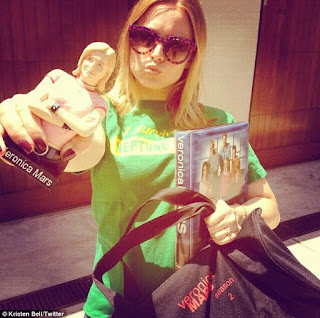 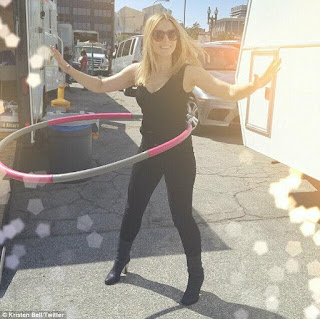 photos are not mine and were taken from the world wide web.
Posted by Lei at 5:30 PM