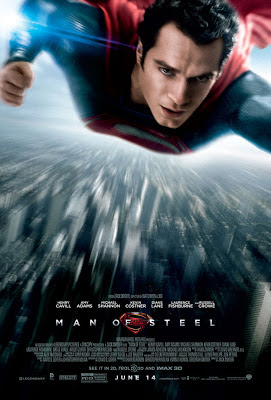 For some, he was a guardian angel. For others, a ghost, who never quite fit in.

You're not just anyone. One day, you're going to have to make a choice. You'll have to decide what kind of man you want to grow up to be. Whoever that man is, good character or bad, he's going to change the world.

A young itinerant worker is forced to confront his secret extraterrestrial heritage when Earth is invaded by members of his race.

IMO:
<contain some spoilers and it’s really lengthy – just like the movie>

First of all, for some reason, Superman is my most favorite superhero out of all the superheroes in superhero universe. I’ve been waiting for a modern adaptation that will hopefully create a movie trilogy for the Last Son of Krypton like it did with Sam Raimi’s Spiderman and the recently concluded Batman trilogy of Christopher Nolan. The 2006 Bryan Singer’s Superman Returns was not that welcomed by a lot but for me, I really love it and was saddened that it didn’t get a sequel due to disappointing sales.

When I first heard of the new film, you can say I was damn excited and when names were starting to get attached to the film, I even got more excited. Especially when I learned that it will be produced by Christopher Nolan and directed by Zack Snyder who also directed Watchmen.

Getting to play the double life of Clark Kent / Superman this time is Henry Cavill who is most known for his work on Showtime’s The Tudors. He is also known as the “Unluckiest Man in Hollywood” as dubbed by Empire Magazine due to his missing out on a couple of big roles. He was supposed to play Superman in the 2004 Superman: Flyby (but the director was changed and so the lead was recast), he was Stephenie Meyer’s favorite to play Edward Cullen (but he was regarded to be too old for the film) and he was a contender to play James Bond in Casino Royale (this time, he was deemed too young for the role – no regrets for me on this one because Daniel Craig certainly brought Bond to a whole new level). Now, 9 years later, he’s donning the blue suit and red cape in the role that he missed out early on.

Man of Steel is the retelling of Superman’s origin. It started with Planet Krypton on the verge of destruction and with Jor-El sending off his son Kal-El to another planet in order to save him and also to hopefully, bring about the new Kryptonian race later on.

The opening scene of this film features a stunning yet devastating visual. Definitely CGI heavy but the design of the planet and everything in it is just wow. Though a planet that I wouldn’t want to live in, Krypton is captivating even during its destruction. When Jor-El was being chased, that was some nail-biting action in there and it definitely set the mood of the movie.

Fast forwarding to about 30 years later, here starts the non-linear storytelling of this film. We see Clark Kent doing odd jobs while helping people and keeping his identity a secret. Honestly, I was quite surprised to see Clark Kent looking like a vagabond but when we get to see his childhood through flashbacks; we realized that he learns of his power and origin early on. We get to see how he deals with the hardship of keeping this secret and how he tries hard to suppress his powers. This is obviously Nolan’s footprint and a reminiscent of Batman’s recurring theme of how “being a hero is a burden.”

Soon, while working on another odd job, he discovered a Kryptonian ship and through a preserved consciousness of his father, Jor-El, he finally understood who he is and where he came from. In this ship, he also met and saved Lois Lane, a Pulitzer journalist working on a story of the ship.

The main villain here is General Zod who together with his rebels follows Kal-El to Earth in order to retrieve the Codex which will restore the Kryptonian race. The sight of cities being destroyed has been seen before and one of the main ingredients of a typical summer blockbuster but nonetheless, I was still engaged. It’s large in scope and you can’t help but root for Superman, Lois Lane, Colonel Hardy and even Dr Hamilton as they race to save the Earth.

Superman is satisfying and I enjoyed it a lot. It definitely fits in the modern times as a reboot of the iconic superhero and I think it was worth the wait but I am not without some gripes.

First off, Superman and Lois Lane do not have chemistry at all. I love Amy Adams and I think she did a good job on her character so I think the problem here is how Lois Lane was written. The romance was totally off and feels forced.

The film is also full of these huge exhibitions. It keeps going from one big moment to another big moment and by the end, it becomes overwhelming. Truthfully, the scenes with the most impact with me are the intimate moments Clark Kent had with his father, Jonathan Kent – especially during his death when Clark cannot do anything to save him without risking exposing himself. That was the most memorable moment for me.

Superman is fun, engaging and the action scenes are top notch. I just wish I can connect to it more on an emotional level. Its punches give direct hits but I’d really rather it had more heart than larger-than-life battle scenes.

BTW: Anybody caught the Lexcorp in the film? That made me really giddy. Haha. Also, somebody said that the logo of Wayne Enterprises was also in the film but I didn’t see it. =(