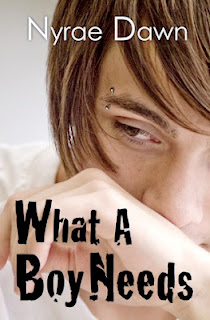 "How could I not have known I have everything I need right here? That these people wouldn't be my friend if I wasn't as incredible as they are?"

Jaden Sinclair knows he'll never amount to anything...so why would he deserve a girl like Priscilla Mendoza?

After getting a huge bomb dropped on him, Jaden lashes out and lands himself in jail. Everything in his chaotic life is turned upside down and to make it worse, his mom kicks him out in order to side with his dad. Yeah, he’s totally a prize for a girl like Pris.

Sebastian, Aspen, and Pris are all going places in their lives...and he knows he can't keep tagging along for the ride.

The group has one last chance for The Epic Adventure they've been looking for: a road trip to New York, where Jaden's friends will be going to college. Unfortunately, the more time Jaden hangs around Pris, the harder it is to keep the carefully constructed walls between them so she doesn't find out what a train wreck he really is.

When the trip ends, Jaden has to decide if he's ready to say goodbye to his friends, and the girl he loves. He knows what he needs, but will he be man enough to go for it?

Despite giving What A Boy Wants only 3 stars in Goodreads, I kinda like it. In my own rating system that would actually be a B, but since GR don't have half stars, I ended up rating it with 3 stars which is equivalent to "I like it."

After reading that book, I was excited to read Jaden's story because I thought it would be fun as well. Okay, when you check the ratings of this book on GR, it's average is 4.06 and that means that most people are rating it with 4 stars and 5 stars.

However, I was disappointed with this sequel. Maybe I'm the only one. But seriously, I don't like Jaden. I find him irritating with his whole 'woe is me, pity me' attitude. His story is so angst driven and Jaden spends almost the entire novel downgrading himself, wallowing in self pity, feeling useless,- ugh, seriously, grow up! I cannot read this book straight because I have to stop and take a deep breath or I will start cussing Jaden. I absolutely can't stand all his whining. It's nauseating. He's got a serious case of broken record syndrome. Not to mention this boy is one damn coward. He cannot say what's on his mind and when he wants to say something, he just stops and hold back. It's annoying!

The other characters are more tolerable. It's nice to see Sebastian and Aspen acting all in love. There is definitely something more to Priscilla other than a rich princess. She's got more character than Jaden.

It's so exhausting to get inside Jaden's head. I'm glad everything work out for him at the end (the ending was actually nice), but I thought his story could've been handled better.

*pic and description from Goodreads
Posted by Lei at 12:14 PM