When you hear something like, “Go and pack, you’re going to Hawaii!” What do you think you will do? You’re young, carefree and eager to experience a lot of things in the world – of course, no doubt, you’ll be excited. You’ll probably run home and pack immediately.

13 years ago, using words probably similar to what I’ve written above, five young, awkward boys full of dreams and hope were tricked into going to Hawaii. They didn’t know that on that trip, and on that boat (which probably made Nino sick as hell) they would announce their debut. On that very day, Aiba Masaki declared that they were going to “create a storm all over the world.” 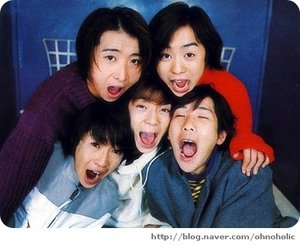 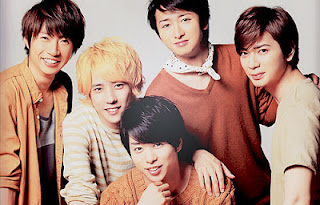 Yes, they were named Arashi – the Japanese word for storm and even though I’m writing their name in romaji, Arashi remains to be the only JE group whose name is written in kanji – combination of Yama (mountain) and kaze (wind).

A month and a half later, they released A.Ra.Shi – which was used as the theme song for the Volleyball World Cup. This song is now the national anthem of Arashi fangirls. We overlooked the nonsense English and made the phrases “You are my soul, soul” and “Arashi, Arashi for dream~” our battle cry. 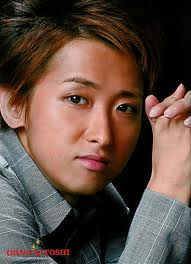 What can I say about this old man? Ohno is Arashi’s leader, not because he is the oldest amongst them, but because he lost in a round of Jankenpon (paper-rock-scissors) to Sakurai Sho. Even though he is the leader, he hasn’t done anything that is leader-like but ironically, this made his presence in the group very special. Ohno is a very talented person. He’s an amazing singer and dancer. He’s the lead vocalist of Arashi and he choreographs all the dance steps of his solos and also some of Arashi’s songs. Ohno is also a very skilled artist. He can draw and sculpt. He is the very first one in Johnny’s who had an art exhibition entitled “Freestyle” and also a book of the same title, containing his artworks was published. Ohno loves fishing. He spends a lot of his free time fishing. It’s become too much that his skin is all burnt. 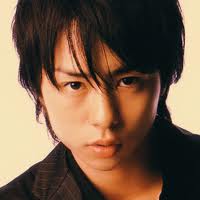 He is a living proof that a perfect man exists (he is, if only he doesn’t get mad easily and he can do back-flips and he isn’t afraid of heights) Sho came from a well-off family. His father is a government official and his mother is a professor at a prestigious women's college (as well as an heiress to a huge company). His family was initially opposed to him joining JE and made the conditioned that if he wanted to continue in JE, he has to finish his studies. And he did. Sho is the very first JE idol who has finished college. He graduated with a degree in Economics from Keio University (Japan’s equivalent of an Ivy League). Despite Ohno being the official leader, it’s actually Sho who acts as the group’s leader. He emcees in their concerts and acts as main host for some of their variety shows. Sho is Arashi’s rapper and he writes his own rap lyrics. Aside from his work in Arashi, Sho works as a newscaster for News Zero – a late night news program in NTV. He has made coverage for the 2008 Beijing Olympics and the 2009 Vancouver Winter Olympics. Lately, he went to Russia and interviewed Nobel Peace prize winner Mikhail Gorbachev, who was very impressed with him. Oh, have I also mentioned that Sho is as sexy as hell? Please find a copy/pic of his Anan photoshoot – thank you very much.

Okay, so to other people Sho may be the intelligent guy and the one you can take home to go meet your parents but to Arashi fans, Sho is known as Mr. Fail (or Captain Failboat – whatever). He fails, seriously. He sucks in VS Arashi games and he is such a big coward. He hates high places and cannot do backflips. But he has an amazing stamina: Weekend gonna make love ah ah- from Monday to Sunday, every every everyday, lucky lucky my life, let’s go! ^____^ 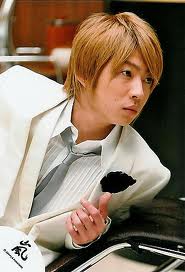 Aiba is just like the sunshine. His smile alone can brighten up a whole room. Okay, seriously, Aiba is the third oldest in Arashi. His reason to join the Jimusho is quite odd. He once saw SMAP playing basketball on TV and he thought that if he joins the Jimusho, he will be able to play with them. Aiba is also the member with the highest tension. During concerts he sings to the songs even though it is not yet his turn. He has lots of energy but gets sick often. One time, he was hospitalized due to pneumothorax – in which case, his lung had collapsed and had to undergo a surgery causing him to give up playing the saxophone. During that time, he feels he has burdened the other members a lot and feels terribly guilty about it that he wrote a letter to express his feelings and read it on 24hr TV. My favorite line in that letter is (roughly translated) “I hope we can achieve our dream of becoming No. 1. I am proud to be in Arashi.” Can someone tell Aiba – in case he has forgotten – that they already did achieve their dream???

Anyway, aside from all that, Aiba is also the one who thinks of bizarre experiments on their variety shows (with Sho most of the time his accomplice.) He also hosts Tensai! Shimura Doubuutsen (Genius! Shimura Zoo) which takes him to different countries, visiting zoos and helping animals. (Trivia: He went to the Malabon Zoo to feed an alligator and also visited Chavit Singson’s mansion to take care of his tiger.) I absolutely love his TSD clips because Aiba is amazing with animals. Yes, he gets mauled by them a lot, gets bitten but he is lovable and adorable with them. My favorite will be that South African clip where he takes care of a little cub. Oh, I almost forgot, TSD is also a haven of Aiba’s famous Engrish. (Very very danger! You are so cuticle.) Haha. 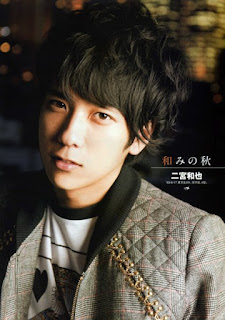 Also called Nino, he is Arashi’s resident brat. He likes to play pranks on other people especially the other Arashi members. In one of their variety shows, he has this segment called “Ni no Arashi” where all he does is play pranks on other people – from stupid pranks to really mean ones. Nino is also a huge game nerd. He absolutely loves playing different computer games and he can do it nonstop.

But Nino isn’t all that. Inside that slim body is one hell of a talented individual. Although everyone in Arashi acts and they’re good at it, Nino is considered to be the “actor” of the group. The one that gets countless awards and gets to act in Clint Eastwood’s Hollywood film “Letters from Iwo Jima” and receives critical acclaims. He also can play multiple of instruments and write his own songs –like the awesome Niji. He also wrote the fun and encouraging Arashi song – Fight Song and Matsujun’s birthday song, Matsujun no Uta. Lately, Nino is into magic cards and he has displayed his awesome magic tricks on their variety shows. 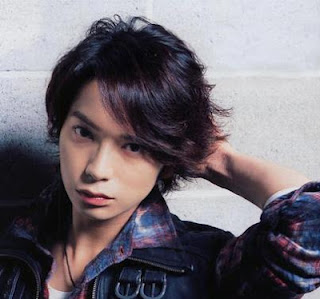 Ahh, Jun a.k.a. the-very-reason-why-I-am-in-the-Arashi-fandom-in-the-first-place. However, I will not talk about that. I will make a separate post regarding that matter.

Also known as Matsujun (a portmanteau of his first and last name), he is the youngest of the group but obviously he doesn’t look like one. He is one of the three “elites” in Johnny’s because he got in without an audition. He sent an application to the jimusho and then afterwards received a call from the big man himself, Mr Johnny Kitagawa, to come and join the rehearsals. Also the fashionista of the group, I lost count to how many times he changed his hairstyle. He has also appeared in a bunch of popular dramas like Gokusen, Kimi wa Petto, Hana Yori Dango and Bambino. Jun is known for being very serious and dedicated to his work. Jun acts as a concert director for their concerts - meaning he voices out his ideas a lot and also did you know that the famous Johnny's Moving Stage (yeah, the huge transparent stage that goes above the audience) is his idea? Brilliant eh?

I read somewhere before, someone described Matsujun as “being capable of both geek and cool at the drop of a hat.” The coolness part is evident and self-explanatory now but the geekiness? Well, yes! Jun is a big geek! Actually, this is more evident during their early years, but nowadays it has toned down a bit and instead, he has nickname like DoS or “Extreme Sadist.” Why sadist? Because when Jun’s temper goes off, expect rude remarks! But don’t be fooled yet again, he loves Arashi so much – he writes songs about them. Who can forget “La Familia”? Found a reason to be strong, you are the one always in my heart, my friend. Every time you call my name, I will be there no matter how far, we are friends.

What makes Arashi so special for us? They’re not superb singers and they’re not even superb dancers (with the exception of Ohno who excels in both), but remember Arashi is not labeled as singers or dancers, they’re labeled as an idol group.

And as an idol group, they’re certainly one of the best. They have their own variety shows (currently airing: Himitsu no Arashi-chan (Arashi’s Secrets), VS Arashi and Arashi ni Shiyagare), they have their own radio shows like Ohno – Arashi Discovery, Nino – Baystorm, Aiba – Aiba Recomen, Jun – Jun Style (defunct now but it ran from 2002-2011), Sho – Sho Beat (now defunct – but Sho is doing news report on News Zero), their concerts are amazing, they act in dramas and a whole lot more.

They’re special for us because they’re one hell of a cracktastic group. They’re dorky, they fail, they’re sparkly, they’re rainbow-y, they’re ghei. They're a cure for depression. They're my happy pills. A few minutes of watching them will surely put a big smile to my face. But aside from all of that, Arashi is a group that LOVE each other very much. Let me quote what Aiba Masaki said in an interview, “People always say we’re really close, but that’s really the norm. It’s a bond that can neither be called friendship or kinship, but a new genre that can only be called “Arashi.” I love Aiba. T^T

I've said this before and I'm going to say this again, I may not have been with you from the very start but I will be with you forever. No matter what happens. Until the end.

For those who don't believe me, well, you can go and find it out for yourself. You can listen to their songs or watch their PVs or check their concerts. No, better yet, go and watch their variety shows. I recommend the old ones, like CxDxG no Arashi, Mago Mago Arashi and Arashi no Shukudai-kun, because those shows were back when they were not yet Japan’s top idol group (except some later episodes of AnS) and you will get to know them better BUT I want to leave you with a warning. If you decide to watch any of those variety shows mentioned above – you must be prepared!

YOU WILL SURELY GET SUCKED INTO THE FANDOM.

Don’t say you haven’t been warned.

(originally posted in my livejournal blog for their 11th anniversary.)
Posted by Lei at 2:19 PM

Email ThisBlogThis!Share to TwitterShare to FacebookShare to Pinterest
Labels: Arashi